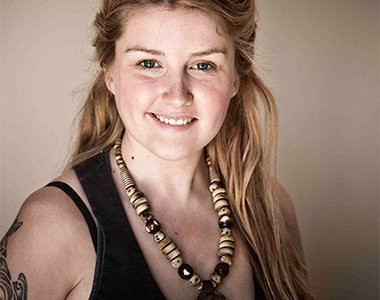 “The oceans are incredibly important to life on land. If the oceans die, we die. It’s all connected. ”

Emily Hunter is an environmental activist and journalist who has campaigned on a number of environmental causes from saving whales to fighting against climate change and deforestation. Throughout her work media tools have been at the center. She uses traditional as well as digital media to spark consciousness shifts in the public for our most pressing environmental and social crisis. Emily appeared in numerous documentaries such as Rob Stewart's (R)evolution, which was part of the Int. Ocean Film Tour Volume 2.

Emily joint us for the premiere in Hamburg and presented the film (R)evolution on stage. Behind the scenes she gave this inspiring interview: